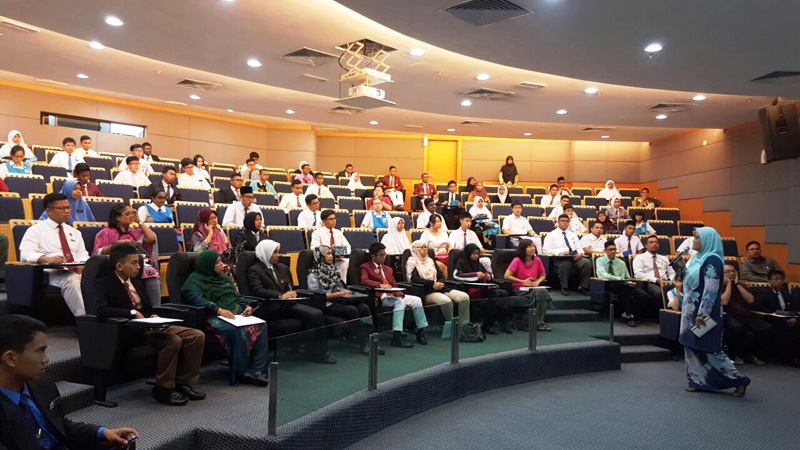 28th March 2017, Malaysian Brain Bee Challenge (MBBC) 2017 Zone B Final Round was hosted by CDR, coordinated by Dr. Siti Rafidah Yusof and Dr. Zurina Hassan. This year, 18 selected schools participated in the event, with total of 94 (form 3-5) students. The students were given reading materials on neuroscience and tested on their understanding on the subject during the event. The event was also conducted concurrently at several other states throughout the country, hosted by universities which include: USM Health Campus (main zone), UUM, UM, UPM, UniSZA, UKM, UNIMAS and UMS. Top 3 winners of the event in each zone will compete at National Grand Final Round which is scheduled on May 2nd and 3rd 2017, organised by the Department of Neuroscience, USM Health Campus. MBBC 2017 Champion will represent Malaysia in International Brain Bee 2017 in Washington DC USA.